« Last post by Marcus on Today at 01:58:08 PM »
My camera doesn't take the best photos, but here are the crossbolts with the little proofs around the front one,  and the buttplate.

(Internet is running slow right now and taking forever  to do nothing.  I'll try posting the photos later)
2

Marcus, that is a Russian stock. Cyrillic letters and Russian proof mark on the right side. It is likely the reason the cost was high. Don't modify it to fit the Chicom would be my advice, find a Chinese stock.

Thanks, yes, I know it's Russian.    I just couldn't tell if it was from an Izhevsk or Tula rifle,  which  has been clarified below.

The reason the cost was high is that I got it (and the Chinese stock)  off Ebay,  and for some reason all SKS stuff is either listed for high prices there or people bid it up into the stratosphere.

It doesn't need any modification for the Chinese rifle I am restoring, the rifle drops right into the stock and fits perfect.  But since I also won the auction for the Chinese stock,   I am using it for this restoration and am contemplating either keeping this stock in case a Bubbafied Russian rifle comes my way,  or putting it up for sale for what I paid for it since I don't have an immediate use for it.  I paid a lot for it,  which will make it harder to re-sell and get my money back out of it, but I figure if someone needs it for a restoration project like the one I picked it up for,    it is a nice stock,  these are getting harder to find,   and when you balance the value of a correctly restored rifle vs.  the same rifle in some crap plastic stock,   spending the money to do it right  is justified.

I've been collecting SKS rifles since 1970 when I bought my first Vietnam bring-back from a neighbor who was in the 1st Cavalry Division,  and have had a bunch of them over the years.

I had everything this restoration project needs in my parts stash a couple years ago,  but  sold off most of my SKS collection and figured I didn't need the parts any more, so I sold them all for a fraction of what it is costing me to locate and purchase them now.
3

General SKS Discussion / Re: Lay Out Your Military Usage Questions

When do they first remember being issued an SKS in the field?  Was it a secretive thing or openly used like captured Mosins, Mausers, and Carcanos?
What did they (the infantrymen) call the SKS?  Was it different from the 'official' name?
Were they ever taught anything by Soviet or Chinese instructors?
Did they carry a full 10 stripper clip load in their bandoleers or was one pocket used for cleaning supplies?
During the Hoxha years, what would have been the punishment for a soldier carving his name, dates, or other info into a SKS carbine stock?
Post 1990, what happened to the armed forces (and their armaments), did they continue with the status quo, form into loose ethnic militias, or were they disbanded altogether?

Thanks for doing this man, it's neat to get first hand info like this

« Last post by BishopofBling on Today at 11:05:09 AM »
So my other relative is willing to talk, I just got to plan my questions ahead of time and find some recording type video call device or just type my notes with fast hands.

My grandfathers are pretty forth coming with info so what types of questions are you interested in for field usage of the SKS. They weren't involved in manufacture but they used them and saw them in use. I guess we could extend this to other small arms as well. Keep in mind we captured a ton of German and Italian equipment as well.
5

« Last post by running-man on Today at 10:59:03 AM »
Very likely an original '57 letter stock.  What does the crossbolt area look like?  The photos pcke asked for will verify this.

If it is a '57 letter stock, here are some examples from the same prefix: 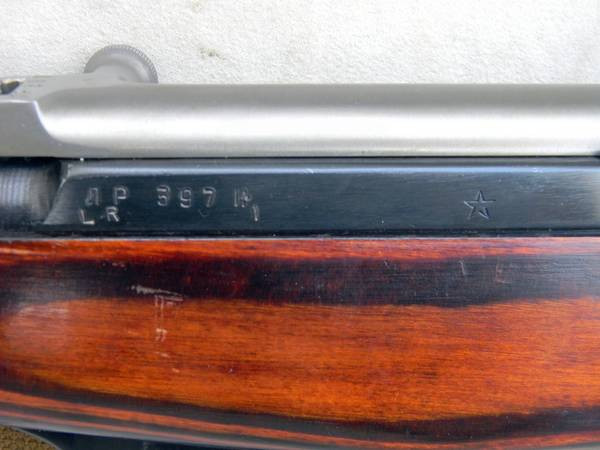 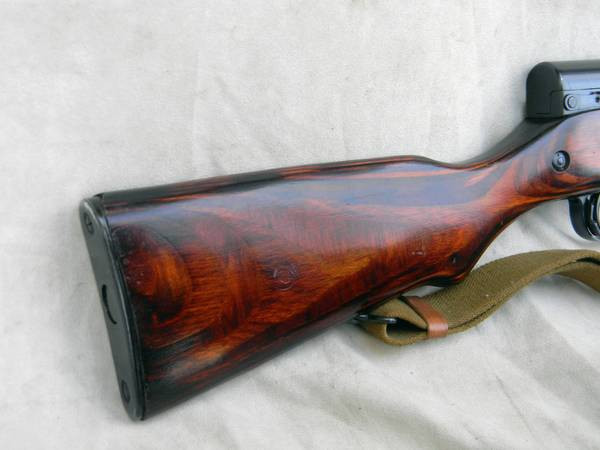 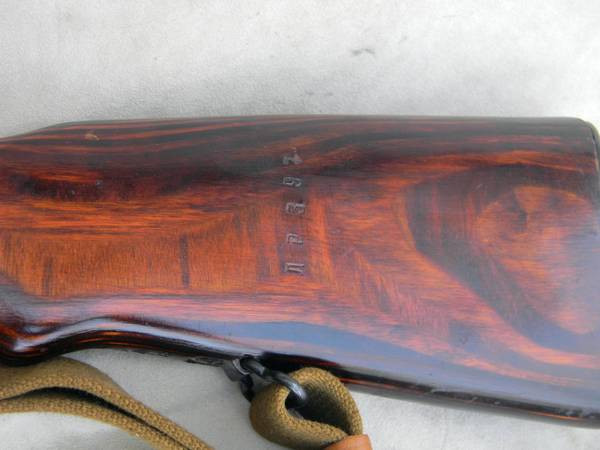 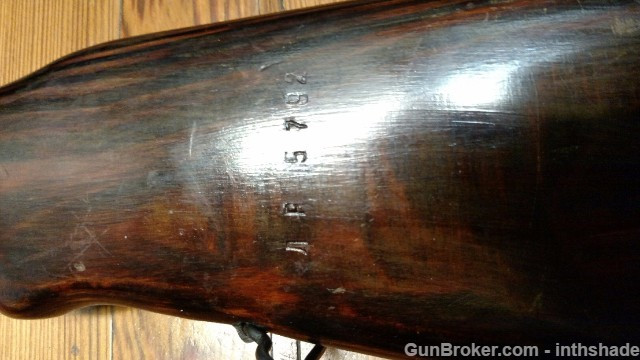 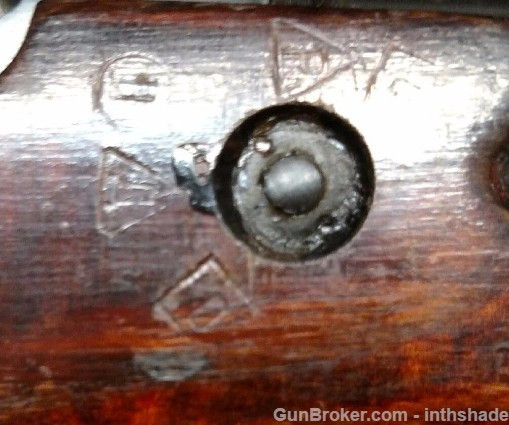 This prefix series came in hardwood too: 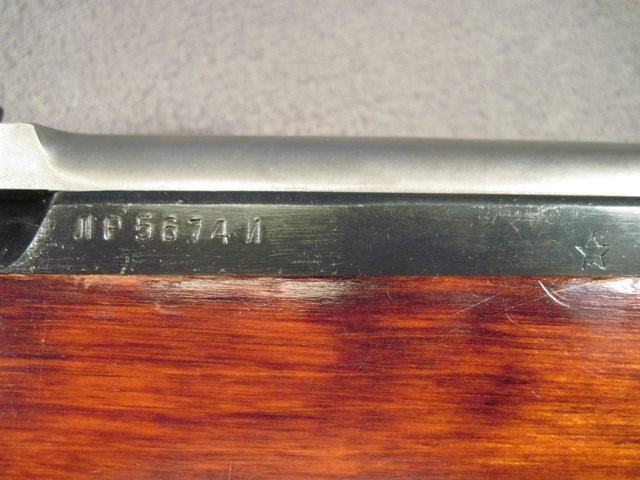 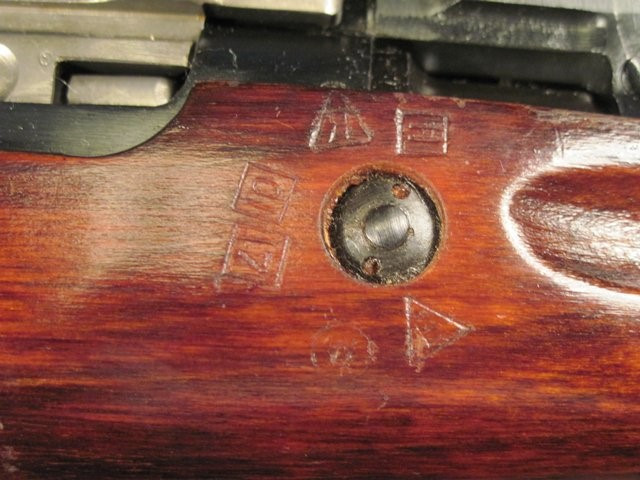 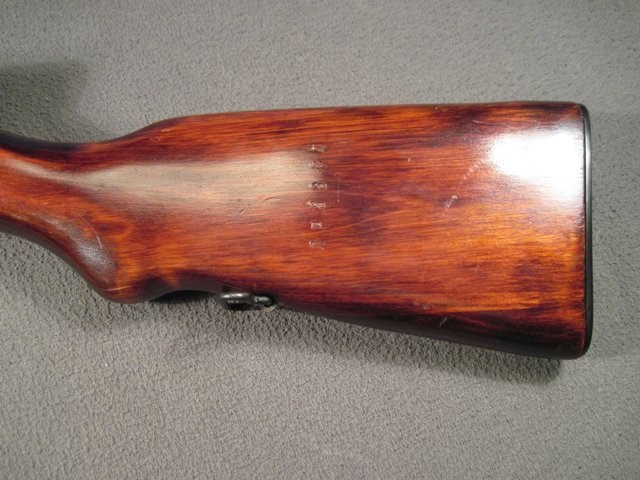 « Last post by Greasemonkey on Today at 09:48:57 AM »
Most leave it, simply because they are lazy and it's usually in a spot or places it won't affect function. As for protection from the salts, in the critical areas it would probably be burnt away of blown away by the gases exposing straight bare metal like the action or gas system. The salts while detrimental, take time and humidity to do their magic, it probably won't have an issue after firing if the humidity is low for a while. It's a salt, salt is hygroscopic, it slowly absorbs water from the atmosphere over time, the salt, absorbed moisture and metal is what causes rust.  I have thousands of corrosive rounds and keep buying them, and shoot them all the time in various rifles and have gone a few days or much as 2 weeks... and never found rust while cleaning, and the weapon didn't turn to dust because I shot corrosive ammo and didn't clean it on the spot, and I live in the humid mid-atlantic area.

The biggest thing, regardless if it has storage grease in places or not, is just clean it and clean it correctly... the simple field conscripts that toted, carried and trained with most of these weapons before we got all this stuff as surplus managed to clean correctly after corrosive ammo with crap they found laying around and basic stuff, they didn't have Toad Lube, Ballistol, Remjob lube, Synthtic oils, and all the other high dollar snake oils.... so cleaning after corrosive is not that difficult. They probably used water, maybe regular soap, diesel and or engine oil...

And a mass majority of the weapons survived just fine..

« Last post by carls sks on Today at 09:23:13 AM »
i do the best i can to remove all cosmoline (mineral spirits and heat gun does a great job ). i will always clean after every shooting too.
9

Can you please post a photo of top rear end of the buttstock? Thanks.
10

« Last post by Phosphorus32 on Today at 06:40:34 AM »
Nice looking stock. Izhevsk didnt make laminate stocks. The Cyrillic T over F marking on the right side are the initials of an inspection officer assigned to Tula.
Pages: [1] 2 3 ... 10